2022 was a pretty good year for MOCs, and BioniLUG members closed it out by posting a lot of good creations as the year ended, from contest entries to Secret Santa gift MOCs. Below are a small selection of their talent, and we look forward to seeing what everybody makes for 2023.

Cephalo-phage by The Underscored Double 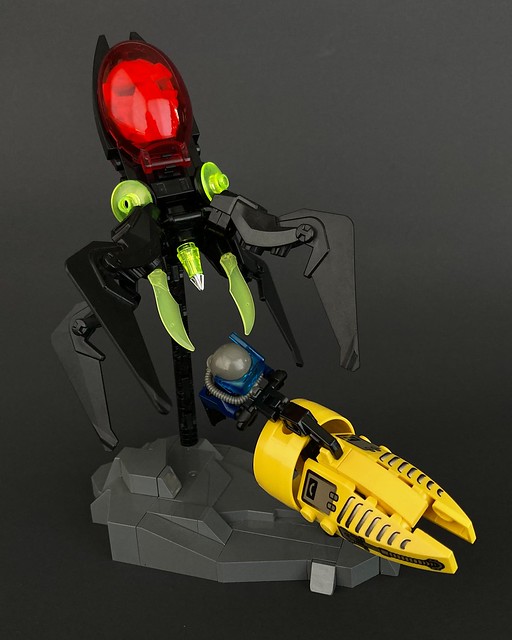 Based on an Alpha Team: Mission Deep set, this squid makes good use of modern parts. The various blades and tentacles work exceptionally well here, but my favorite part is the mask hidden inside the upper mantle. The underwater speeder has a sleek design too, but will it be enough to get the Agent to safety? 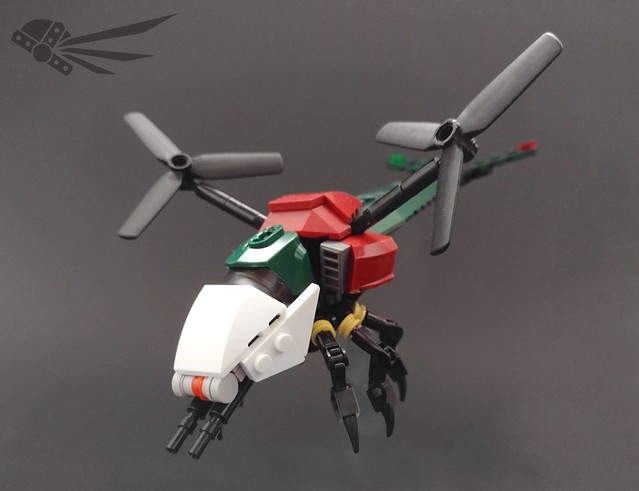 The fifth entry in a Mech Telephone game, an interesting concept where new MOCs are based on previous entries. This one features a insectoid copter with some nice color blocking and a tight build for its size.

The final entry of the telephone game, I like how the tendrils of the character feed directly into the massive weapon. The character has some very interesting parts usages that flow quite well, especially with those feet. And the gun’s size and details are impressive too.

The color and parts usage here are inspired, and they all come together to form a very creepy face. Even the mix of the old and new grays on the legs help sell this as an aged antique. This was part of a Thanksgiving collab.

A Secret Santa build for Marko, this build features an interesting skeleton design with lots of gold rings mixed in. The knee design is particularly interesting, and the parts usage on the upper cape is great.

Another Secret Santa built for Red. This one has some great shaping to it that is a bit difficult to get with CCBS; I like how the skeleton torso fits in with the rest of it, and the contrasting black arm stands out. Not a bad pose.

The shaping on this MOC is quite good, especially the knees and feet. The colorful cape and mask, however, are what really tie this together, as they contrast nicely against the rest of the black body.

The style used here is pretty good, maintaining color consistency while keeping the articulation the same. I like the incorporation of the jacket, and the detailed hairstyle is a nice touch.